Deleting the Best Part of You

A Fiction Writers Journey to Reality

10 Things Every Serious Writer Has…

Winner of the 2014 International Book Award

You and Me Against the World

Book One of The Creepers Saga

All Our Foolish Schemes

Book Two of the Creepers Saga

Beneath the Gathering Storm

“A man travels the world over in search of what he needs, and returns home to find it.”

Novelist George Moore wrote that long before I was born and it took me almost forty years to understand…I mean really understand…what Mr. Moore meant. I have done so many things. I have had such victories and blessings and I have made many mistakes. Still my life is filled with almost no regrets. There are a few, but they are small and inconsequential things that are difficult to hold on to so I let them alone.

I was born and raised in a small town in Connecticut. A dichotomy really to grow up in a place that goes to sleep by seven p.m., but that sets just eighty or so miles from New York City. That dichotomy exists within me as much as it existed between that big city and that sleepy little town. I have spent a lifetime trying to decide if I wanted to be that big city or that little country town. In a way perhaps I am just New England – filled with cities and small towns, highways and country roads, seasons and histories, the very rich and the very poor.

I married young and with no understanding that a mate’s character turns out to be their most attractive or unattractive feature. The marriage was my life’s greatest tragedy, but my children are my life’s greatest blessing. They washed away the regrets. I married again ten years later. I was smarter by then and ever wiser to the things that are important. I gained a beautiful wife and three beautiful step-daughters. They all drive me to the brink of insanity and I love them for that.

I spent a lot of time being the smartest guy in entry level jobs. I didn’t mind so much though. I learned a lot about myself and about people. Like every one has dreams, everyone has concerns and that the people who rise above are the ones who don’t blame the world, they’re the ones who take action to make their world better.

In my life I’ve cleaned other people’s bathrooms and swept their floors. I have stood behind the counter at a convenience store talking to an old acquaintance who’s eyes clearly asked “what the hell happened to you that you are here?” I didn’t bother to tell him that I was trying to feed two babies. He wouldn’t have understood. There were other jobs. I worked as a laborer for a commercial roofing company. I walked behind a lawn mower for fifty hours a week. I waited on tables and listened to rich country club folks talk about important things. I sold stuff a couple of times, but I never stole stuff…well except some police car license plates, but that was just on a dare.

I happened upon my career later on in life. I had no real interest in the job as a store detective, but it came with benefits and we were having a baby. I drove thirty miles a day to get there. The store was in a city and not a nice city. It turned out not to be such a scary place…besides the guns and knives that people sometimes pointed at me when I arrested them. I learned though that city people have their dreams too and that race, color and creed didn’t matter that much when it came down to those dreams or those friendships. The job led to a promotion and that to another and that to the company I am still at today. Somewhere along the road I went from a nine dollar an hour security guy with half a college degree to a six figure, executive vice president with a degree and a “places I have seen” list that makes its way to Europe. I have dined on $50 steaks and found that often it tastes not as good as a hot dog from my own grill. I learned that money is just a set of zeros. I won’t lie, it is better to be rich than to be poor. In college I went a few weekends without money for food and I would not suggest it as a permanent lifestyle. Still money can buy you happiness, but not the kind that can last.

I’ve done so many things and in a way I have traveled the world over…and yet here I am…doing the thing that I have loved doing since I was a kid – writing, reading and being fascinated by horror stories. And watching my children begin their own paths…and loving my wife…and trying to be a good person. So Mr. Moore was correct even if perhaps we speak of different things. But that is writing. A writer gives us the words and then they are ours to do as we wish.

I never had to choose between the city and the country. I could always be both. I just had to travel a very long road to find that truth. I just had to realize that my home was made of the things I choose to fill it with and that selection is perhaps the entire purpose of the journey. 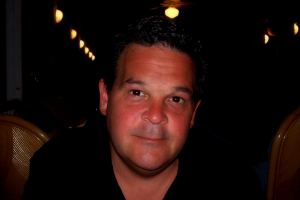